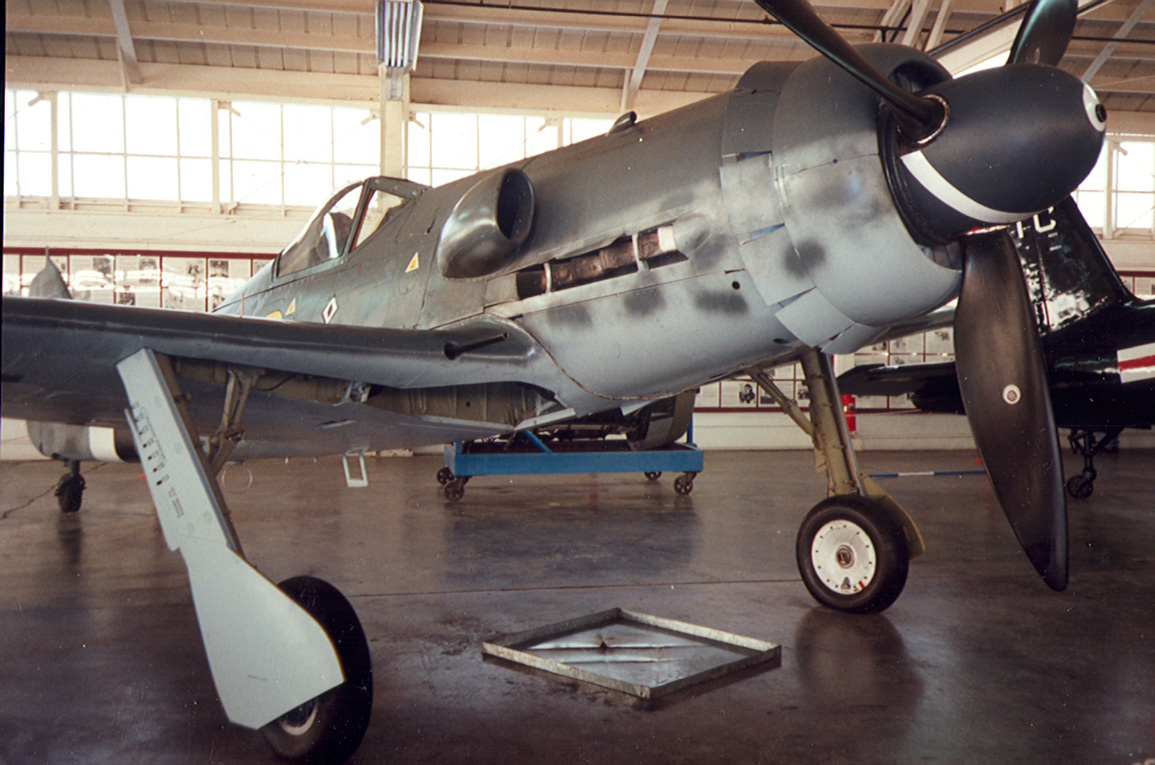 By Bzuk - Originally from en.wikipedia ; description page is / was here ., Public Domain, Link 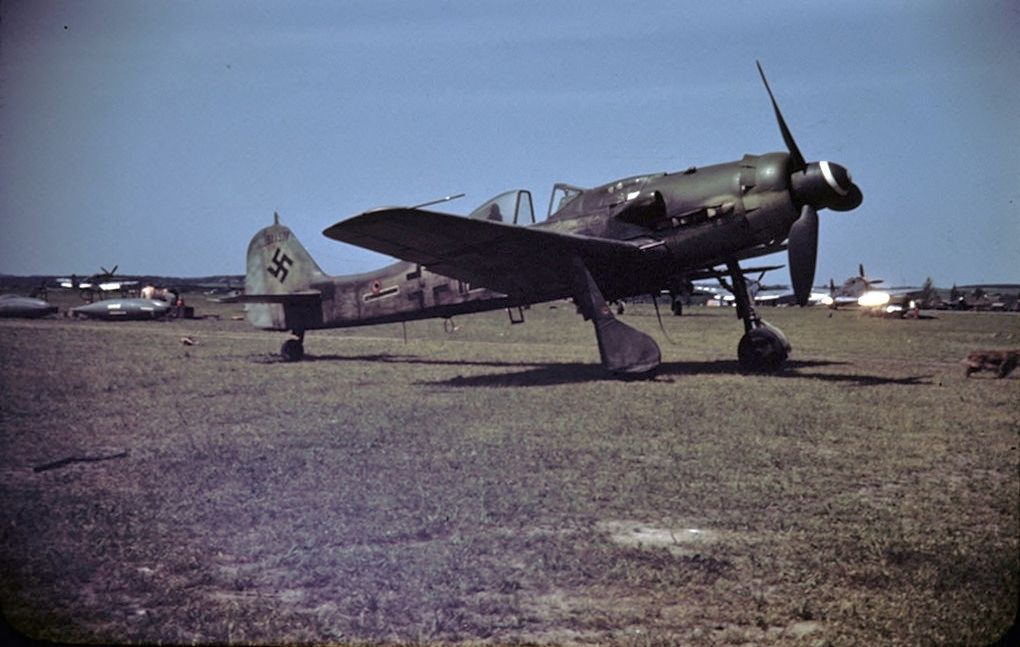 This captured Fw 190 D-9 appears to be a late production aircraft built by Fieseler at Kassel. It has a late style canopy; the horizontal black stripe with white outline shows that this was a II. Gruppe aircraft.