The most successful British fighter plane of World War I, this dogfighter was renowned for shooting down German Ace Rittmeister Manfred von Richthofen, "The Red Baron". 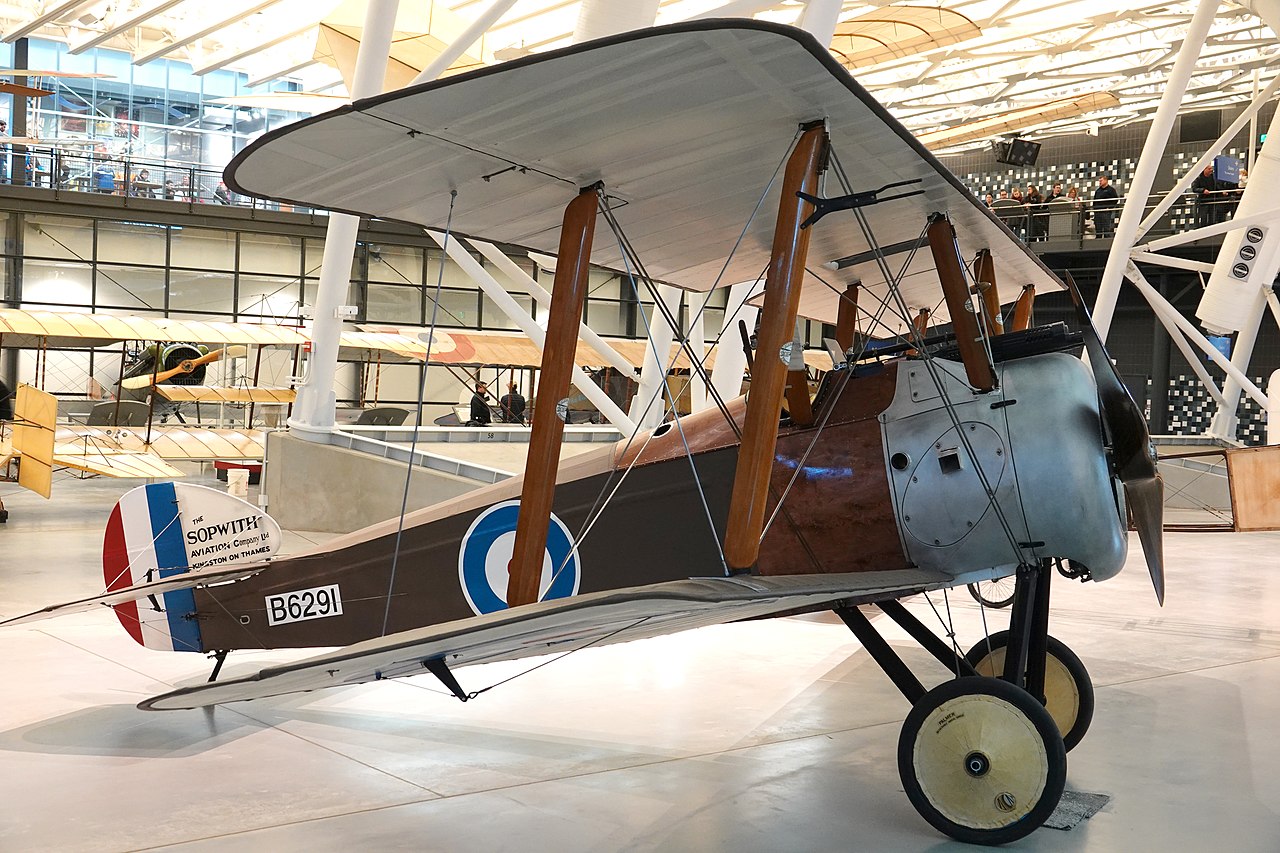 The Camel was powered by a single rotary engine and was armed with twin synchronized Vickers machine guns. Though proving difficult to handle, it provided for a high level of maneuverability to an experienced pilot, an attribute that was highly valued in the type's principal use as a fighter aircraft. In total, Camel pilots have been credited with downing 1,294 enemy aircraft, more than any other Allied fighter of the conflict. Towards the end of the First World War, the type had also seen use as a ground-attack aircraft, partially due to it having become increasingly outclassed as the capabilities of fighter aircraft on both sides were rapidly advancing at that time.

The main variant of the Camel was designated as the F.1; several dedicated variants were built for a variety of roles, including the 2F.1 Ship's Camel, which was used for operating from the flight decks of aircraft carriers, the Comic night fighter variant, and the T.F.1, a dedicated "trench fighter" that had been armored for the purpose of conducting ground attacks upon heavily defended enemy lines. The Camel also saw use as a two-seat trainer aircraft. In January 1920, the last aircraft of the type was withdrawn from RAF service.

The Academy 1/72 Sopwith Camel WW1 Fighter ACA12447 is a sensational customer favorite, and we hope you like it just as much.