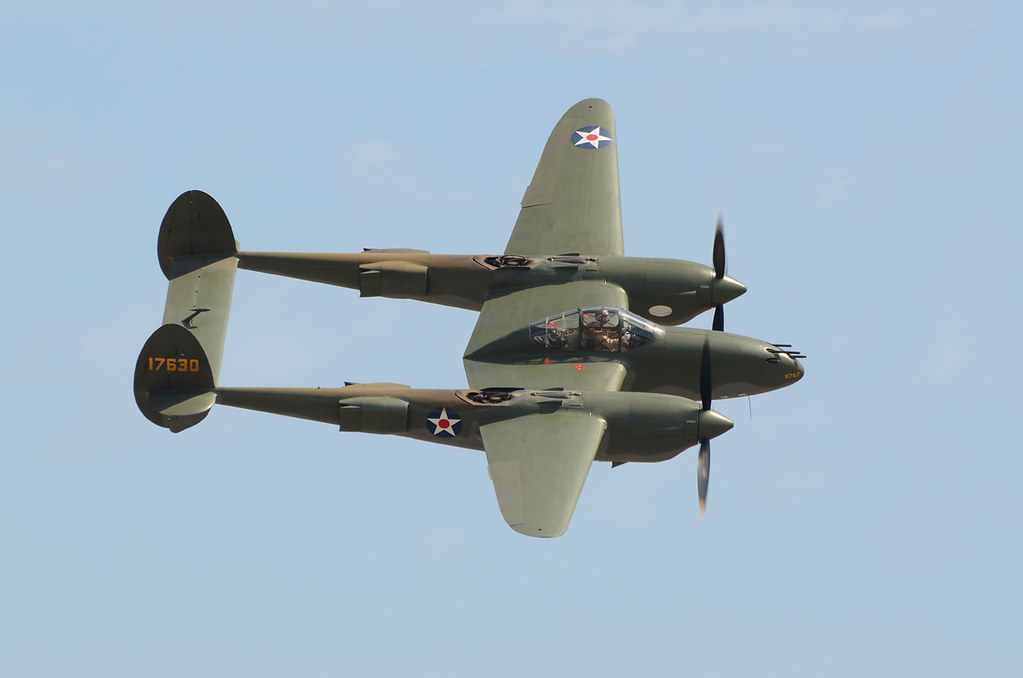 The Lockheed P-38 Lightning is a World War II-era American piston-engined fighter aircraft. Developed for the United States Army Air Corps, the P-38 had distinctive twin booms and a central nacelle containing the cockpit and armament. Allied propaganda claimed it had been nicknamed the fork-tailed devil (German: der Gabelschwanz-Teufel) by the Luftwaffe and "two planes, one pilot" by the Japanese. Along with its use as a general fighter, the P-38 was utilized in various aerial combat roles including as a highly effective fighter-bomber, a night fighter, and as a long-range escort fighter when equipped with drop tanks. The P-38 was also used as a bomber-pathfinder, guiding streams of medium and heavy bombers; or even other P-38s, equipped with bombs, to their targets. Used in the aerial reconnaissance role, the P-38 would account for 90 percent of the aerial film captured over Europe.
The P-38 was used most successfully in the Pacific Theater of Operations and the China-Burma-India Theater of Operations as the aircraft of America's top aces, Richard Bong (40 victories), Thomas McGuire (38 victories) and Charles H. MacDonald (27 victories). In the southwest Pacific theater, the P-38 was the primary long-range fighter of United States Army Air Forces until the introduction of large numbers of P-51D Mustangs toward the end of the war. 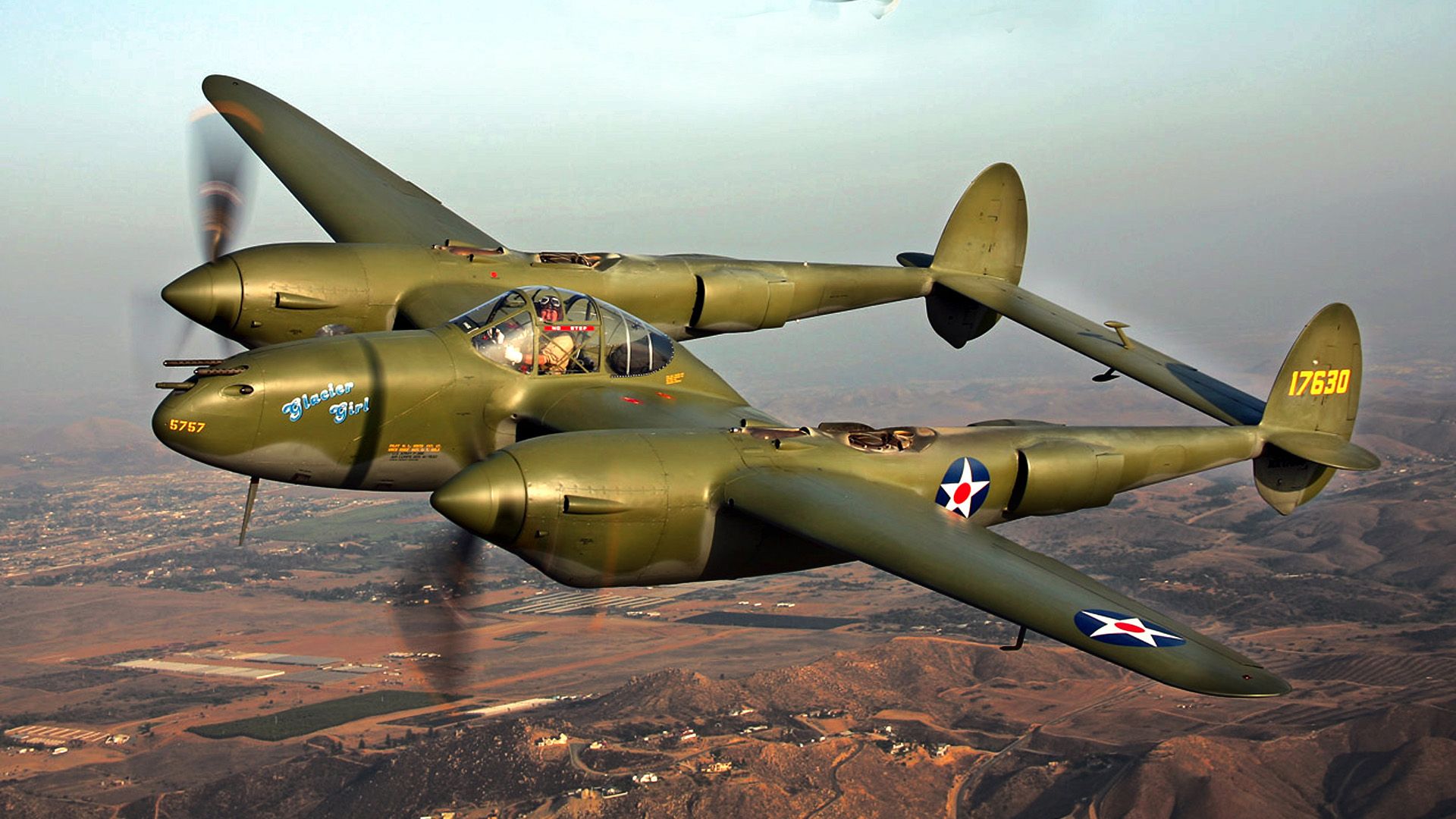 Unusual for a fighter of this time, the exhaust was muffled by the turbo-superchargers, making the P-38's operation relatively quiet. The two turbo-superchargers also provided the P-38 with good high-altitude performance, making it one of the earliest Allied fighters capable of performing at such altitudes. It was extremely forgiving and could be mishandled in many ways, but the rate of roll in the early versions was too low for it to excel as a dogfighter. The P-38 was the only American fighter aircraft in large-scale production throughout American involvement in the war, from Pearl Harbor to Victory over Japan Day. At the end of the war, orders for 1,887 more were canceled.

The Academy 1/48 P-38F Lighting Glacier Girl ACA12208 is evocative, to say the least, but that's why you're drawn to it in the first place.